Kids want to experience as many things as possible. Their boundless energy and enthusiasm may not be content with simply playing ball games. The more unusual the game, the more interested kids tend to be.   Just a few of these games are:

No one can seem to agree if cornhole originated in Kentucky or Massachusetts, or some other state. What can be agreed upon is that it’s popular in Illinois and the aforementioned states. Several organizations, such as the American Cornhole League, offer levels of playing, from casual plays to plays broadcast on ESPN.

Two teams, with a maximum of four per team, are set on either side of the playing court. Players score 3 points if they shoot their bag inside the hole and one point if the bag lands on the board. The first team to reach 21 points win.

You can also help kids play these games at home. Allow your kids to decorate their cornhole with vinyl wraps, let them choose the color of sacks they’ll play with, and mark out an area in your backyard or house for their cornhole games.

Sounds familiar? The game popularized by the fictional universe of Harry Potter was brought to life in 2005 by students of Middlebury College. The Vancouver students mixed dodgeball, hockey, rugby, and basketball to simulate the elements of the wizarding game.

Played on an area with a soft boundary of 60 yards by 36 yards and hard boundary of 84 by 48, the grounds are soft-ended by three goal posts with varying heights. The goal posts are in the designated keeper or goalkeeper zone and there are areas designated by penalty boxes. 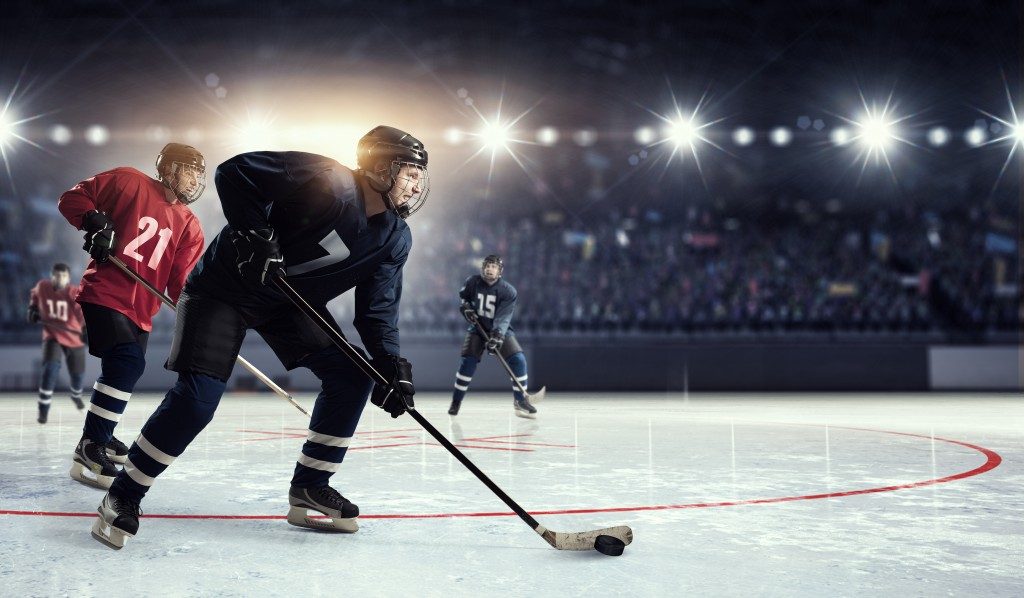 As with the crossover sport of hockey, ringette was made popular in Canada. The sport originated in 1963 in Ontario by the Northern Ontario Recreation Directors Association (NORDA). Ringette has since been played in skating rinks and the Canada Winter Games. Countries like Finland, France, Sweden, and the United States played ringette upon introduction.

Ringette is a team sport that can be played indoors or outdoors. Two teams with six players—one center, a goaltender, two forwards, and two defenders—play each other for two 20 minute halves. Official games run for four 18 minute quarters with a 15-minute break between the middle two quarters.

Players are equipped with skates and straight sticks to hit the rubber ring with. Rings cannot be carried across blue lines and must be shot within 30 seconds of passing.

Whatever your kids choose, it’s important that you help them play it. As a parent, you should be able to take your kids to their games or places where they will be able to play it. If it’s a game you can play with your kids, then it’s beneficial for you and your children to practice together. Bonding with your kids, either through helping them get to their games or playing with them, is a great way of developing your relationship with them.